My name is Max Leyf and I am a certified Rolfer™ & Rolf-Movement™ practitioner in Anchorage, Alaska. My last name is really “Treinen.”

I have many interests—from sports to music to literature to Rolfing®. It’s hard to think of things I don’t like besides poverty & ethnic violence. I don’t really care for The Eagles either I suppose. I grew up in Anchorage cross-country skiing and playing hockey and not enough hookey that I didn’t graduate from West Anchorage High School and later the University of Alaska Anchorage with a double major in Literature & Philosophy. During college I also raced at the NCAA Championships in cross-country skiing and took two exchanges in Sweden.

After college I studied at the Rolf Institute® of Structural Integration in Boulder, Colorado & at the Associação Brasileira de Rolfing in São Paulo, Brazil where I received my Rolfing & Rolf Movement certifications in May 2013. Now I’m home.

*Actually I left again to study Philosophy, Cosmology, & Consciousness in a Master’s program in San Francisco at the California Institute of Integral Studies.

**Now I am home again as a doctoral candidate in the same program.

I almost called the business The Tao of the Elbow but I compromised to find a more comprehensible title. Maybe it should be called “The Gentle Elbow.” In any case, all “fascia-mashing” is for a good cause—towards the end of rediscovering the body’s native alignment, harmony, & resilience.

Rolfing is great. But don’t just take my word for it—experience it for yourself! If discovering ease & joy in movement sounds alright, call or text to schedule a session! 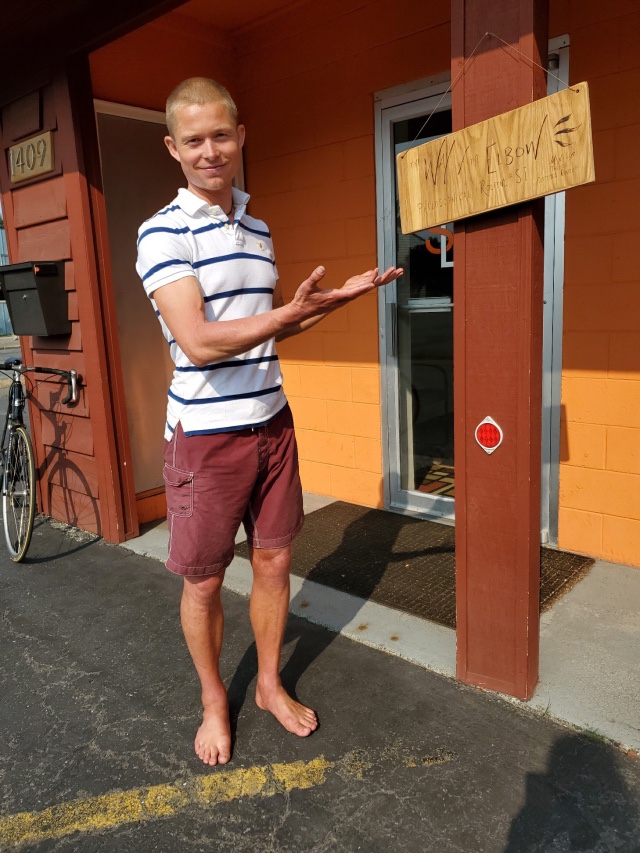